More Hunt balls - or so long as you've got your wealth

April 1 (a sadly appropriate day perhaps) will witness another major reorganisation of the country’s health services as the Health and Social Care Act 2012 comes into effect, giving 211 new Clinical Commissioning Groups (CCGs) responsibility for purchasing all services delivered on behalf of the NHS.

The transfer of purchasing and commissioning responsibility from the Primary Care Trusts to the CCGs has been widely described as back door privatisation, by doctors’ and patients’ groups as well as unions and the Labour Party, a charge strenuously denied by the Health Secretary, Jeremy Hunt.

As is proving customary with so many of this government’s ‘reforms’ (which is a bit like saying the RAF reformed Dresden), the regulations were subject to last minute panic changes.  Hunt has maintained that the revisions have dealt with the concerns expressed by doctors and others, but in the view of many – including the august British Medical Journal – the revisions have not fundamentally changed anything.

The regulations are complex and probably their precise meaning will have to be clarified, sooner or later, through the courts.    The key issue concerns whether CCGs will be obliged to go out to competitive tender for every service they purchase.  The government line is that tendering is not always compulsory – GPs and others will be able to decide what’s in the best interest of patients.  But that’s not what the regulations actually say.

The regulations say that a CCG must put every purchasing decision out to the market unless it is satisfied that the services can only be delivered by a “single provider”: patient interests don’t formally come into it.  However, where a CCG decides there’s only one competent provider, others not invited to bid may disagree – and in consequence have the right to mount a legal challenge.  Not only would these be costly for the CCG, but would also delay the introduction of new service provision.

It would only take a couple of successful legal challenges (of the kind mounted against the Department of Transport in the West Coast Main Line franchise tendering fiasco in 2012) before CCGs round the country would be advised by their lawyers to take the safe route and go out to tender more often than not.  And competitive tendering is an extremely expensive and time-consuming process, for both the provider and the purchasing authority.

But perhaps more importantly, mainstream NHS providers aren't designed for large-scale  competitive tendering – unlike the large and voracious private sector concerns.  If one of the big private care firms loses a bid, their scale and diversity will enable them to carry on till the next one comes along.  The same can’t always be said of the existing NHS providers – in many cases if they lose a bid, they will be in danger of disappearing.  And this raises the prospect  that over time an increasing range of services in any locality will only be available from private providers.

No doubt within the limits allowed by the regulations (and their lawyers) GPs on CCGs will endeavour to keep patients’ interests to the fore.  But not all GPs will necessarily be so scrupulous.  Recent research by the BMJ found that almost a quarter of the 2,426 clinical, lay and managerial members of CCGs' governing bodies had a stake in a private operator of some sort. In addition, 4% of GPs on CCG boards advised private health firms or pharmaceutical companies, and 5% worked for a private health firm as well as working as a GP.  (BMJ investigation of commissioning boards | BMJ).  The scope for conflicts of interest is enormous.

But beyond the tendering issue, the sales-oriented culture of the private sector has already started to infuse health provision. A recent report (Zoe Williams | Comment is free | The Guardian) revealed that two NHS maternity units are offering what they describe as an ‘enhanced’ service to patients (or maybe that should read ‘customers’) comprising a pioneering programme of natural birth preparation ‘…including hypnotherapy’. The fees for this service – oh, yes this bit isn’t free – are a mere £190 per couple, for those that can afford them.

Government ministers have consistently denied that their reforms amount to privatisation.  But long before the last election, the current Health Secretary Jeremy Hunt was one of a number of senior Tories who endorsed a position paper which among other things argued for ‘…in effect denationalising the provision of health care in Britain.’   From April 1 it will feel like that’s just what they've done.

A number of suggestions have been put forward since 2010 as to who might win the title ‘brainiest member of the coalition government’: David “two brains” Willetts, Michael Gove (I know…), Francis Maude, and even, believe it or not, Chris Huhne.  Iain Duncan Smith’s name however, is one that nobody has ever proposed.   And this week, if we were ever in doubt, with the revelations about the bedroom tax, we can see why.

The media over the last few weeks have been full of truly heart-breaking stories about individuals whose lives will be devastated by the introduction of the tax (or under-occupation penalty as the Tories call it).  For all social housing tenants with ‘spare rooms’, their housing benefit will be cut by 14% for one extra bedroom and 25% for two or more extra bedrooms.
For example:

These individual cases – of which there are thousands – suffice to make the bedroom tax unacceptable.  But Duncan Smith still justifies the policy because of the ‘spiralling’ costs of housing benefit.  It doesn't take long to see however that, never mind the hardship, the tax won’t actually work, in either of its apparent objectives.

There has been no shortage of instances over the last few months that show this government to be not only heartless but incompetent, and among stiff competition, Duncan Smith is coming out top on both counts.  The recently announced climb downs (‘rule clarifications’ according to Duncan Smith) over (some) disabled children, (some) foster parents and service personnel are clear signs of a policy drawn up in haste. The rules are complicated – with those introduced from April 1 due to be changed again (in some cases substantially) when another of Duncan Smith’s ‘brain’ waves, Universal Credit finally crawls into effect later this year. It’s no wonder that Cameron, defending the tax in the House of Commons, got a number of basic aspects of the tax wrong.  (see Channel 4: FactCheck: Cameron slips up on ‘bedroom tax’ | The FactCheck Blog).

We’re told the new Pope is determined to place tackling poverty at the heart of his ministry.  Apparently Duncan Smith is a devout Catholic.  Maybe this will lead IDS to abandon his systematic attacks on the poor and vulnerable – but I wouldn't hold my breath.

A trick of the right 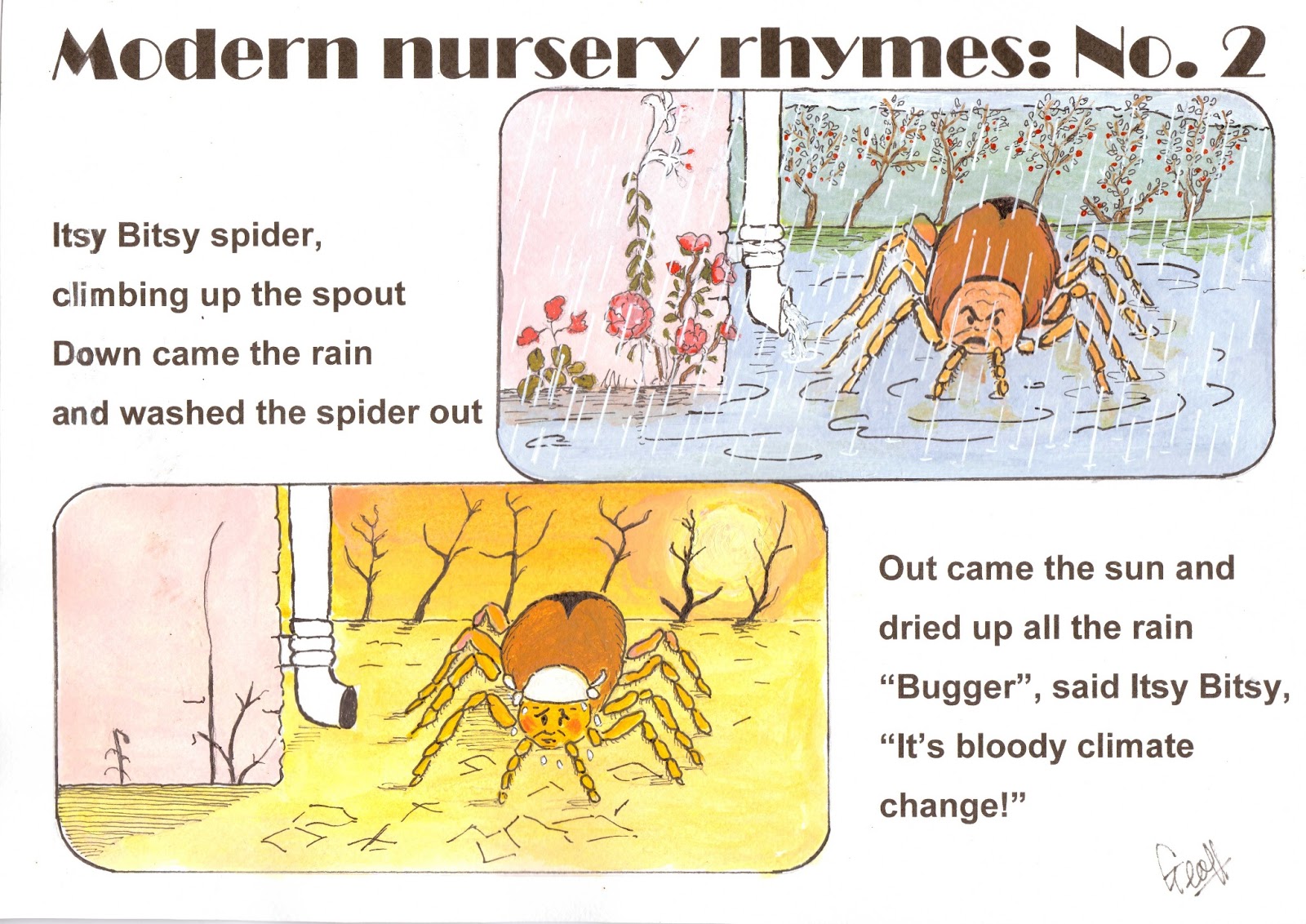 There is now substantial consensus in the scientific community on both the facts of climate change, and man’s role in accelerating it.  Last year two American scientists sent a questionnaire to 10,000 scientists, all in disciplines related to climatology. (Examining the Scientific Consensus on Climate Change - Doran - 2012 - Eos, Transactions American Geophysical Union - Wiley Online Library). They received 3,000 replies, in answer to two basic questions, in summary:
90% of participants answered “risen” to question 1 and 82% answered yes to question 2. And, ‘…as the level of active research and specialization in climate science increases, so does agreement with the two primary questions.’ In other words, the more people actually understand about the climate, the more likely they are to think that global warming is still occurring, and at least partly man-made.

Yet a number of well-funded foundations and think tanks continue to provide platforms for those who dispute man’s contribution and/or deny that the climate’s even changing.  These foundations are understandably coy about where their funding comes from.  The GWPF, founded and chaired by former Tory Chancellor Nigel Lawson, claims that it is ‘…funded overwhelmingly by voluntary donations from a number of private individuals and charitable trusts’, and that it ‘…does not accept gifts from either energy companies or anyone with a significant interest in an energy company.’  But beyond that Lawson has refused to disclose the names of donors.

The website claims that it ‘…does not have an official or shared view about the science of global warming.’  Its main focus is on ‘…global warming policies and their economic and other implications.’  And there’s the real clue.  Of the foundation’s 20-strong academic advisory, eight have an economics background.   The rest come from a wide range of scientific disciplines but only three are actually in fields directly related to climatology.

One of its missions is to ensure the ‘…media become more balanced in its coverage of climate change,’ though it doesn’t feel the need to display any balance itself.  A search of its site only finds articles hostile to renewables, and nothing but uncritical acclaim for coal-fired power stations, shale gas and nuclear energy.  And despite the lack of an ‘official’ view about the science, the only ‘scientific’ material SIC could find on the website expressly denies not just man’s contribution, but the fact of global warming itself.  The foundation is promoting the idea of ‘global warming standstill’, since some have claimed that for the last few years global temperatures have stopped rising.  There’s not space here to deal with the complexities about that – but it’s an issue to which we’ll return. For those with an appetite for complex statistics look at Fake skeptic draws fake picture of Global Temperature | Open Mind

Sir Paul Nurse, President of the Royal Society, attacked Lawson in a lecture last year, among other things, for his ‘ideological’ approach to climate change (a charge Lawson strenuously denied).   Readers can judge for themselves about that, but it does seem a strange coincidence that the vast majority of climate change deniers come from the neo-liberal free market right.   And concern about interference in the market (for which read getting in the way of multi-national energy companies) seems more important to them than the facts of global warming itself.

And that of course is the real role played by bodies like GWPF (and many more like them in the ). By casting doubts on the reality of climate change, they create confusion in the public mind (assisted by the Telegraph, Mail and Express), and thereby give the government an alibi for backing off carbon savings policies (remember ‘the greenest government ever’?).
It’s a trick of the right we’re seeing all the time at the moment: defining problems away so we don’t need to deal with them. The government is changing the definition of child poverty, conveniently disguising the fact it’s on the increase.  Fewer people will be classified as having disabilities thanks to the new Work Capability Assessments, which will justify reducing services for the disabled.  And if global temperatures aren’t rising, we don’t need to worry about carbon emissions, so who needs wind turbines?