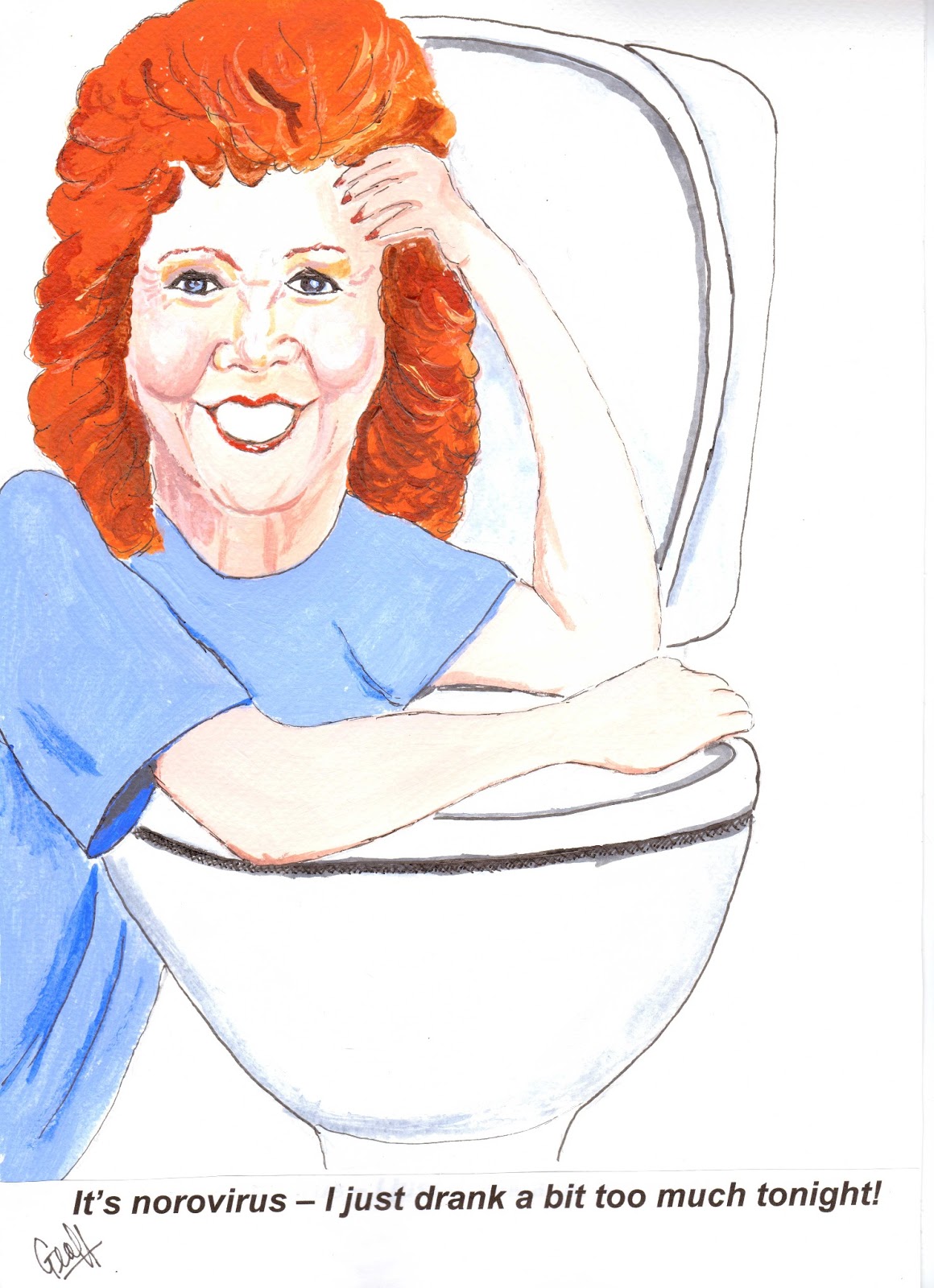 No great logic or subversive import to this one - just that whenever I heard the word I could only hear it in a Scouse accent... 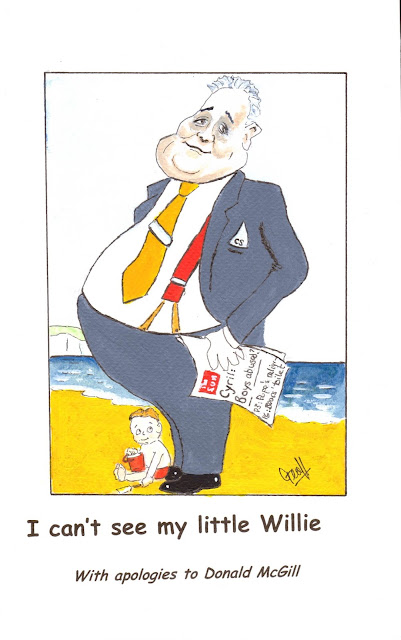 In the wake of the Savile allegations, the news that the late Liberal MP Cyril Smith also had a history of child abuse attracted fewer headlines.  Perhaps that’s because Smith wasn't in the nation’s face (a repulsive image – sorry) in quite the same way as Savile.  In both cases the revelations were greeted in some cases with astonishment – but actually both fall firmly into the category of tales from the bear’s toilet.

Colleagues of Savile’s  in his Radio 1 DJ days described his behaviour as an “open secret”, and journalists have reported that they had known about his paedophilia for years – but had lacked the evidence to satisfy their papers’ lawyers.  In Smith’s case allegations were published – in a local independent news-sheet, and in Private Eye – but with no hint of libel threats.

Since the revelations emerged, it’s become clear that both men used their celebrity status and influence to prevent their victims telling their stories, and with some considerable help from the authorities.  A former special branch officer working in Lancashire has claimed that MI5 demanded that a file full of claims about Smith’s abuse activity be sent to London, and that the Director of Public Prosecutions had examined the allegations but decided it was “not in the public interest” to take the matter to court.

The commentariat has generally been of the view that neither of these cases could happen today – well let’s hope not.     But the power of celebrity is greater than it was 20 or 30 years ago, so we'll have to wait and see.

Whatever, it gave me a chance to pay tribute to Donald McGill, by reviving one of his cartoons – that he thought so good he used it at least twice!

Passive plagiarism…or there’s nothing new under the sun

I only started producing cartoons last summer.  At first I was just drawing as exercises, but I produced a few ideas that I thought were really original.  Just as the ‘50 shades’ phenomenon was starting to take off, I was looking at the cupboard where we keep the tea and coffee, waiting for the kettle to boil – and there was a pack of Earl Grey, and the first of my gag cartoons was born.  Bugger me – a couple of weeks later a much sleeker version of the same gag appeared in Private Eye. 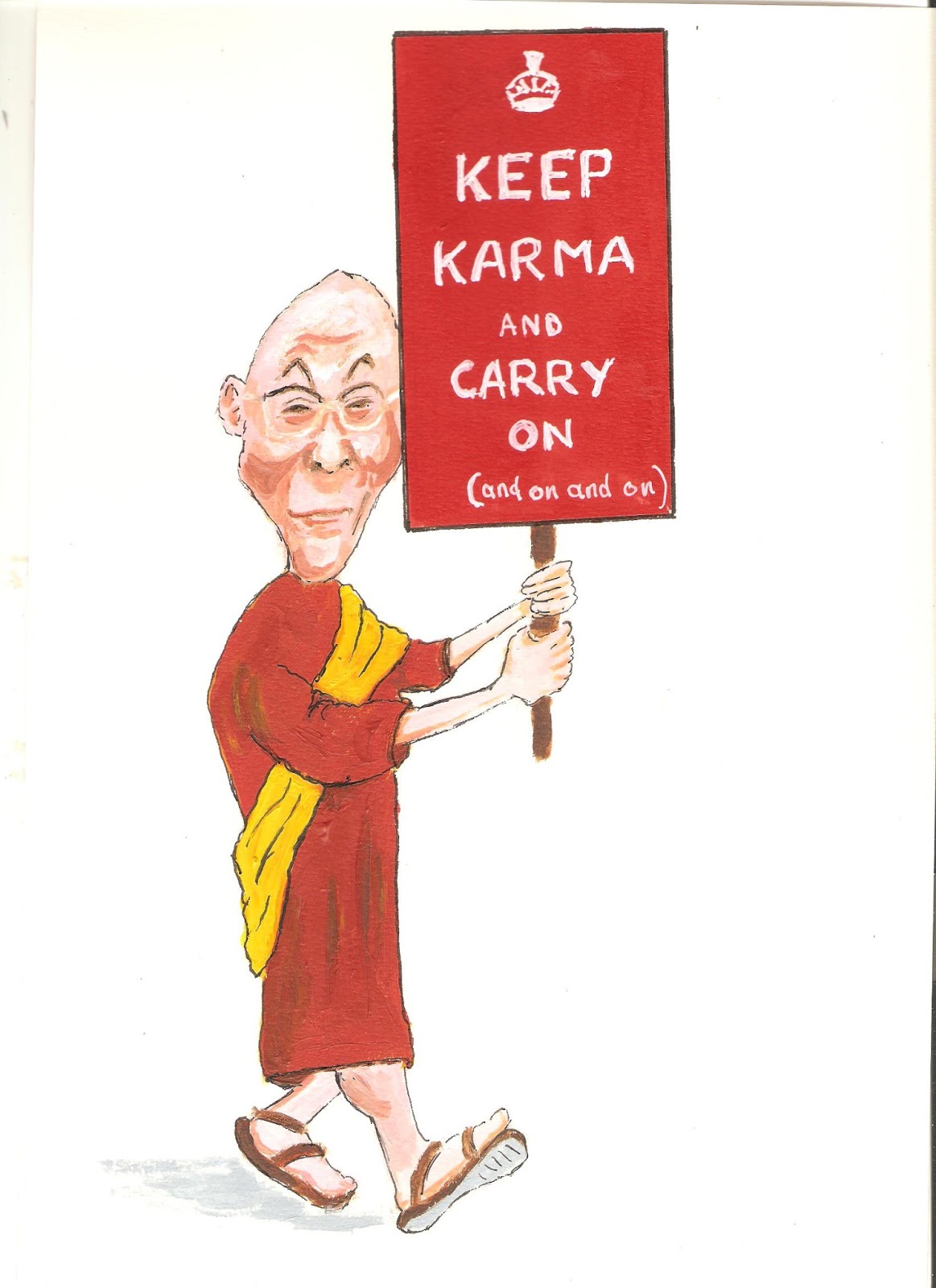 Finally, some good friends were staying, and returning from a trip to the seaside they commented on a road sign they’d seen warning of ‘hidden dips’.   It’s one of those signs I’d seen hundreds of times – but never associated with dips of the edible kind.  Shortly after another friend told me they’d seen a very similar ‘hidden dips’ cartoon, again in Private Eye (I think). Warning: commercial plug follows: this is available as a greetings card from the Shop.

I guess that once you've thought of them or seen the gag, all three are fairly obvious.  And if you look closely at the professional political cartoonists, their minds work along similar lines.  For example, the little posh boy image characterises lots of cartoonists’ views of Osborne and Cameron, and most caricatures of Thatcher were fairly similar.  But from now on – I must get out of the block more quickly…